If you experience a busy signal when calling our main hospital number, please hang up and call our backup line, (845) 867-2324. Thank you for your patience! More details about changes (COVID-19) 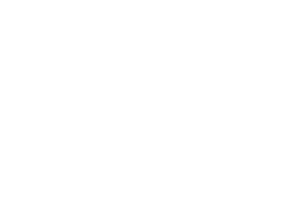 Fish are similar to our cats and dogs in many ways: they use oxygen for metabolism and produce carbon dioxide as waste, they have similar nutritional needs, they have the same major organs (heart, liver, kidneys, etc.), and they have a complex sensory system for smell, sight, and sound. The main thing that separates fish from other animals is that they live entirely underwater. Fish are composed of 90% water and they live in a watery world. The only thing that separates the inside of the fish from the environment is a semi-permeable membrane that allows for exchange of substances from the water to and from their bodies. For this reason, fish are affected by nearly every change in their surroundings. Keeping healthy fish starts with proper aquarium care and proper aquarium care comes down to water quality. Whether you are keeping a single goldfish in a bowl or have a complicated aquaculture system, these five points are essential for keeping healthy fish: 1) Low ammonia and nitrite; 2) Chemically clean water, 3) Water hardness, pH and temperature, 4) Low levels of organic pollutants, and 5) Stability! The first two of these factors will be covered in this article.

Understanding the nitrogen cycle in your fish tank will make a huge difference in the overall health of your pet(s) and you will really appreciate the function of your biologic filter. Fish eat food and produce ammonia as the waste product. This ammonia is highly toxic to fish and will kill them if levels are allowed to get too high too fast. In the filter, there is a bacteria that grows (Nitrosomonas spp.). This bacteria metabolizes the ammonia into nitrite. Unfortunately, the nitrite is also very toxic to fish and will kill them if levels are allowed to reach high enough levels too quickly. Luckily, another bacterium will also start to grow in your biologic filter (Nitrobacter spp.). This bacteria will break down the nitrite to nitrate. Nitrates are not directly toxic to fish and can be tolerated in high levels without detriment in freshwater aquaria. The nitrates are removed from your fish tank by live aquatic plants and/or water changes. If you have a new fish tank and put a lot of fish in it all at once, after about 1-2 weeks they will all start to die as the ammonia and nitrite accumulate. It is important to know that the process of growing beneficial bacteria, which convert ammonia to non-toxic nitrate, takes about 6 weeks to stabilize. For this reason getting a lot of new fish in a new tank, or adding many fish to a tank quickly can result in what is called “New Tank Syndrome”, or ammonia/nitrite toxicity where many of the fish start to die shortly after the new additions. There are a few ways to avoid “New Tank Syndrome”. If you have an established tank you may want to only add a few new fish at a time to allow the tank to adjust to the additional ammonia load being put on the filter. If you are starting a new tank you may consider “precycling” the tank with no fish and just adding in fish food for the 6 weeks prior to getting fish. Alternately, you may “seed” the tank with bacteria from an already established tank and then slowly add your new pets. In an established tank, it is important that the nitrates be removed periodically, which can be done with water changes. Depending on the size of your tank and the amount of fish you keep, water changes of about 25% of the volume the tank should be done at minimum once every 4 weeks. For higher stocking densities water changes can be done as often as once a week.

Making sure the water used for your aquarium is chemically clean is also very important for your fishes’ health. Making sure the water is free of pesticides, chlorine, heavy metals, organophosphates and spent fish medication will keep your pets happy and free from disease-causing stress. The presence of any chemicals, even in small amounts, may be harmful. Water from municipal water supplies is often treated with chlorine or chloramine. These chlorine compounds are not only harmful to your fish's gills but it also kills the helpful bacteria that are converting the toxic fish waste into non-toxic nitrate. So if chlorine is added to a tank the fish will die soon after because the harmful waste products will build up. Chlorine can be removed with commercial chemical de-chlorinators, or by simply letting the water sit for 24 hours in sunlight before adding it to your fish tank. Some municipalities use chloramine, a more stable compound that must be removed with chemical de-chlorinators. Also note that if a chemical dechlorinator is used, it will leave behind ammonia, so it is important to NOT change the water and filter at the same time.

Our next article will address the other key parameters of optimal aquarium care.

Should you have any questions, comments or concerns, please don't hesitate to contact us by phone at 845-876-6008, or by e-mail at [email protected].

Thank you for choosing us to be part of your pet's healthcare team!

With warmest regards,
Your friends at Rhinebeck Animal Hospital